My Financial Independence Journey » Reflections » Evolution of My Thoughts on Personal Finance: Part 1

Evolution of My Thoughts on Personal Finance: Part 1

Although I’ve only been blogging for about nine months, I’ve been interested in the world of personal finance for the last five years at least.  During that time, my overall opinions on personal finance and investing have evolved.  Over the next few posts, I’d like to walk you through the evolution of my thoughts and share how my motivations, opinions, tactics, and overall financial life have developed.

As all good stories must, we’ll begin at the beginning.  That is to say towards the end of my time in graduate school.

I’ve always been a naturally cheap fellow.  Probably because I was raised by cheap parents.  As such, I always figured that my baseline level of cheapness would get me through grad school and life in general.

The thing about grad school is that you don’t make terribly much money while you’re there.  Since I was studying the sciences, at least I received a stipend in exchange for long hours working in the lab.  This put me a bit under $20,000/year ahead of the average humanities grad student, who usually pays for their own graduate education thus puts a big minus sign in front of that number.

It wasn’t until the latter days of my graduate school career that I discovered the world of personal finance and started taking control over my money.  I don’t remember exactly what triggered the shift in my mindset, but it was probably something along the lines of “I’m going to be graduating soon and then I’ll have a real job and a real pay check, I should probably start saving for retirement and stuff.”

Enter the first phase of my personal finance thinking.

I started tracking my spending and building an emergency fund because that’s what you do when you’re concerned about your finances.  As soon as I graduated, began my life as a post-doc, and started earning a bit of money I did exactly what you would expect if you read any of the hundreds of otherwise indistinguishable personal finance blogs out there.  I started investing in an IRA and a 401K.  And what was my investment of choice?  Index funds.

Over the course of my introduction to personal finance, I got exposure to four very important ideas.  The first was financial independence and early retirement.  I didn’t enjoy my time in graduate school and didn’t think I was ever going to have a very happy time in the world of work.  Having the misfortune of having several crappy jobs before graduate school further strengthened my negative feelings towards employment.  And I certainly wasn’t (and still am not) crazy enough to think that I could cut it as an entrepreneur.  As such, the central message of the early retirement community, i.e. achieving a high savings rate in order to escape the 9-5 job forever, really resonated with me.

The second concept that shaped my outlook was the idea of passive income.  Specifically having investments such as dividend paying stocks or real estate that produced regular income.  A bit over three years ago, I became very attracted to the ideas behind dividend growth investing and felt that the central concepts of dividend growth investing meshed well with the ideas behind financial independence and my general financial goals.  Money is best used to make more money.

Third, I learned the importance of taking charge of my career the hard way.  I’m not talking about having a good work ethic or getting along with your coworkers.  Those things were always easy for me.  In graduate school, it doesn’t matter how hard you work, the incentives are structured in way that encourages your advisor to keep you working there as long as possible.  As long as you’re a grad student, you’re cheap labor.  The minute you graduate you become about twice as expensive to keep around.

If you want to graduate early, or even on time, you need to push to get done.  Not just done with your research project (research projects never really end), but done with the program.  If you just go with the flow, you’ll be there forever, regardless of how great your research progresses.  Going with the flow worked great in high school and college.  Just do the work that’s put in front of you, and do it well.  Then accolades and success will follow.  But much to my chagrin, it doesn’t work that way in the adult world.  If you want to advance, working hard won’t get you anywhere, you need to work purposefully and you need to force your way to the next stage of your career.

The fourth and last, was frugality.  When you aren’t making much money, every dollar you save counts.  I applied as much frugal advice as I could to my life.  I bought a box fan so that I could avoid using the air conditioner.  I started making my own lunches instead of buying them from the food court.   I made a grocery price book.  I could drone on longer about this, but suffice it to say I spent a lot of effort trying to reduce my expenses,

So now you know how I began and what the major motivations are behind my thoughts.  But the story doesn’t end there.  In the next part I’ll describe how my thinking around each of these areas has shifted as I’ve begun to move away from some of these ideas and more towards others.

10 Responses to "Evolution of My Thoughts on Personal Finance: Part 1" 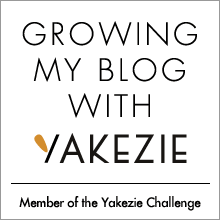